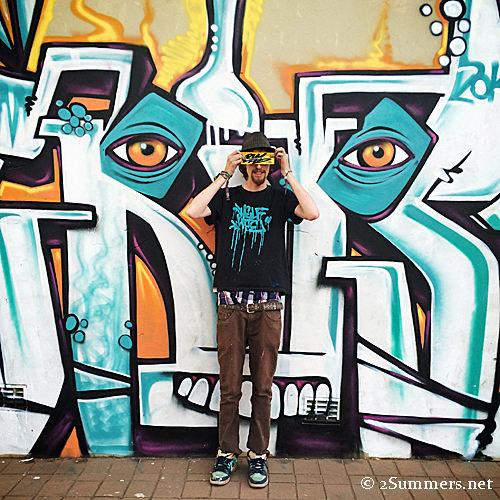 UPDATE (September 2017): Ray and I broke up, which makes the existence of this page pretty awkward. But I don’t like deleting pages so I guess it will stay for now.

Ray has been a recurring character in the blog for a while now. It’s time he receives his own page.

Every article of clothing that Ray owns, except for his suit and the Ghanian shirt that I gave him soon after we met, is spattered with paint. (Update: He recently bought some paint-free clothes and has thus far managed to keep them that way.)

If I had to choose one word to describe Ray, it would probably be “colorful”. (Look closely and you’ll see the paint spatters.)

Ray is also an archeologist. He spends a lot of time digging in caves, and hunched over his laptop creating high-tech geological maps. He is very smart, in addition to being kind and funny and lots of other good things.

Ray is an unusual person and we make an unusual couple. I’m lucky to have found him.

A Difficult Day for the Melville Cat (Lockdown Day 64)